Yankee highlights; Christian Bates 1B, Matthew 1B, Christian Utne 1B. Utne, Nick Lloyd and Frankie Cycyk pitched for the Yankees.

Webmaster's note:  I don't usually make comments on games but I feel compelled to share with you something that happened during this game.  The Rockies were at bat and the batter hit one of the hardest line drives I have seen (well actually heard) in a very long time.  It was a blur.  Before I could even track the ball with my eyes, the Yankees shortstop reached out and snagged it with his glove.  Everyone in the stands on both sides reacted with a big gasp.  It was a great catch.

At the end of the inning when the teams traded positions, I overheard something that I hardly every hear in any sports contests.  The Rockies batter who hit the ball, passed the Yankee player who had caught it and said to him, 'Great Catch!'  The Yankee player responded with, 'Great hit!'

We all watch what happens at the end of every game when the teams line up and give each other high 5's saying, 'Good game'.  It's sort of a Little League ritual and most of the time the kids are more intent on being the first one in line, then actually wanting to congratulate the other team in a genuine way.  What I witnessed today as the teams changed sides was as real and as genuine as it gets and both players and their coaches are to be congratulated for their display of sportsmanship and good character.  I'm sure that this goes on all the time but may not ever be noticed or commented on.  I just wanted to say it out loud!  If you know the names of the players, I would be proud to add them to this note.

Thanks for sending me the names. 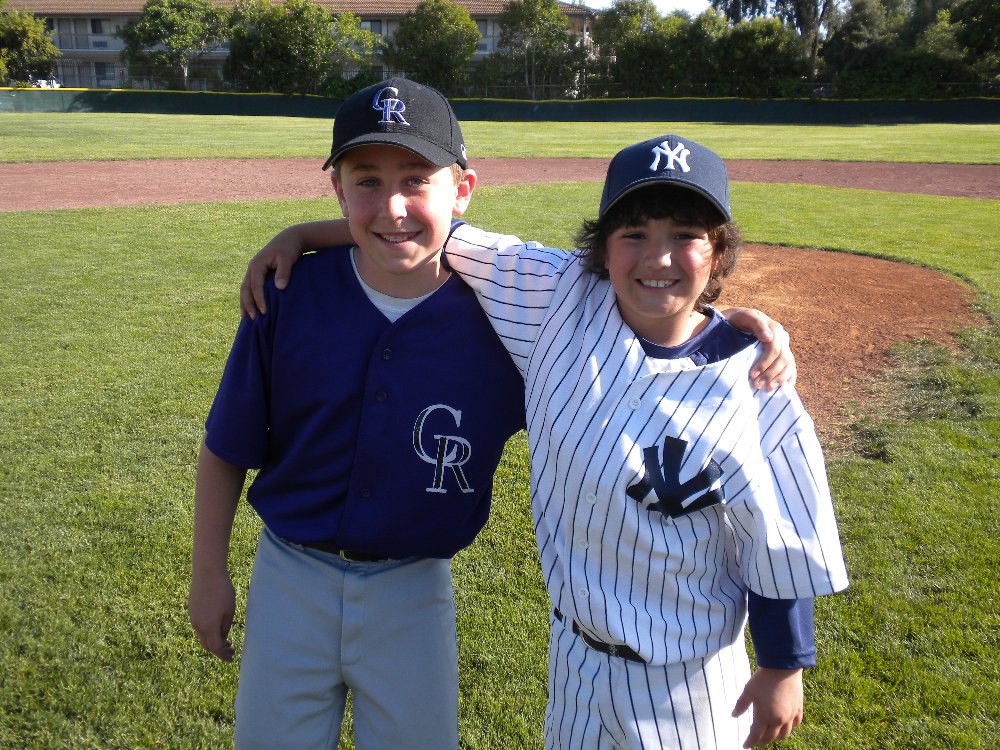 If you would like to share stories such as this one with the rest of the Concord American families, please email them to me at rockaway@astound.net and I will post them on the website.