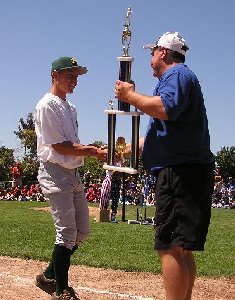 On Friday evening June 11th the Concord American Athletics captured the CALL Junior Division 2004 season championship title with a victory over the Concord Cardinals.  The final score was 9-4.  In the third and final game played between the Athletics and the Cardinals in the same week, Dean Farley pitched 7 innings with 6 strike-outs, went 3 for 4 with a double, and scored 2 runs.

Ryan Daley playing 3rd base made 4 defensive catches and was 3 for 3 with a double.  Garrett Pacquin was the Athletic's stolen base leader and also scored 1 run.  Kris Garcia at 1st  and Nick Tkachenko at 2nd made many defensive outs and Nick also scored 2 runs. 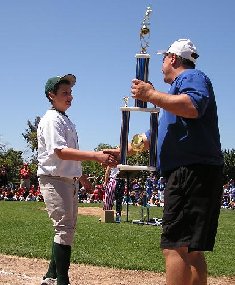 Seth Chatterley was behind the plate for the entire 7 innings and also doubled in the 7th inning and scored 1 run.  Michael Lord made 3 outstanding catches in left field and had a double and scored 2 runs. 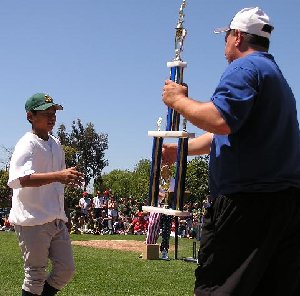 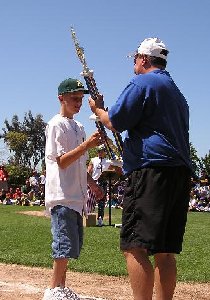 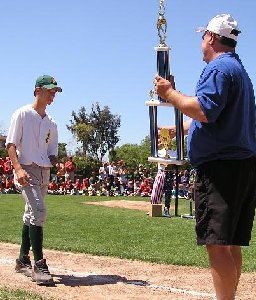 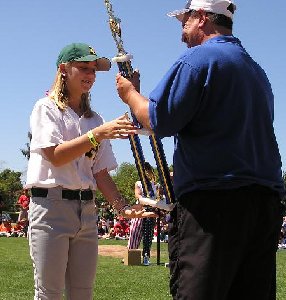 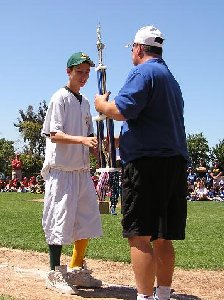 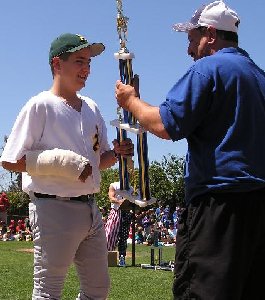 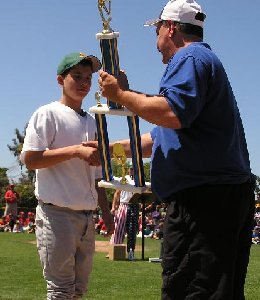 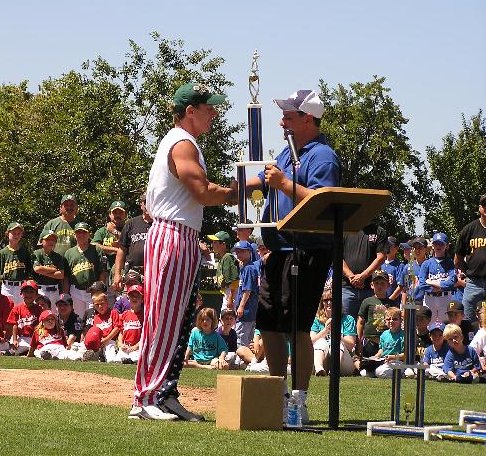